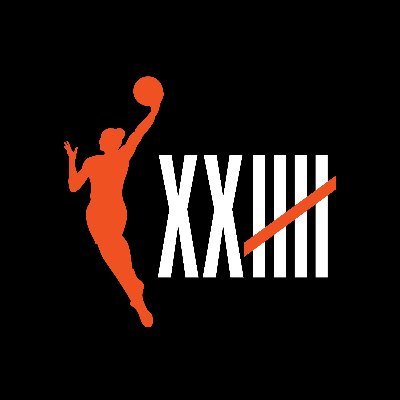 “In their monumental 25th season, we couldn’t be more excited to debut the WNBA and the players on Top Shot,” said Caty Tedman, Dapper Labs’ Head of Partnerships. “We’re focused on revolutionizing how fans connect to the sports and players they love and share a goal to transform the fan experience. In the spirit of the iconic and trailblazing league they are, this launch is just the beginning of what we have in store for the W and its fans.”

WNBA fans new to Top Shot will instantly be immersed into a world where they can discover great plays, open packs to collect epic WNBA Moments, show off their collections, and trade with their peers from the moment they engage on the Top Shot marketplace, secured by Flow, the blockchain developed for consumer experiences at scale.

“Top Shot presents an exciting opportunity for the WNBA to engage passionate fans on a whole new level and celebrate the league as it continues to make history,” said Christy Hedgpeth, WNBA Chief Operating Officer. “We have been at the forefront of innovation in many respects and partnering with Dapper Labs on Top Shot allows us to highlight the talent and incredible performances of WNBA players in a heightened way through a digital experience.”

“The players and the fans have been looking forward to this announcement with great excitement and anticipation,” said Terri Jackson, WNBPA Executive Director. “We are thrilled that Dapper Labs saw the promise and the opportunity to capture the game’s most electrifying moments and infuse the fan experience with authentic moments in the digital collectible space.”

OneTeam, the sponsorship and licensing partner of the WNBPA, facilitated the deal on behalf of the players and is responsible for forging the overall WNBPA NFT strategy.

The first WNBA pack drop is scheduled for Friday, August 27, however fans will have an opportunity to guarantee a spot to purchase by signing up and registering starting today. The first 10,000 fans to register will be able to reserve an exclusive, free First Access Moment. The 10,000 fans with First Access will also be guaranteed a spot to purchase a pack from Friday’s drop, but all fans can join the Top Shot queue, for an opportunity to obtain WNBA Moments this season. For more information on how to register and on the WNBA experience available on Top Shot, please visit nbatopshot.com/wnba.

Founded in 2018, Dapper Labs is the company behind NBA Top Shot and the Flow blockchain. Dapper Labs uses blockchain technology to bring new forms of digital engagement to fans around the world by bringing fans closer to the brands they love, giving people a real stake in the communities they contribute to, and creating new ways for consumers to become creators themselves. Dapper Labs’ studio partners include the NBA and NBPA, Warner Music Group, Ubisoft, and UFC. Notable investors in Dapper Labs include Andreessen Horowitz, Union Square Ventures, Venrock, Google Ventures, Samsung, and the founders of Dreamworks, Reddit, Coinbase, Zynga, and AngelList, and now the WNBA and WNBPA, among others. For more information, please visit www.dapperlabs.com.

Currently in its 25th season in 2021, the WNBA is a bold, progressive basketball league that stands for the power of women. Featuring 12 teams, the W is a unique sports property that combines competition and entertainment with a commitment to diversity, equity and inclusion and social responsibility. Through its world-class athletes, the in-game fan experience, TV and digital broadcasts, digital and social content and community outreach programs, the league celebrates and elevates the game of basketball and the culture around it.

In 2020, the WNBA and the Women’s National Basketball Players Association (WNBPA) signed a groundbreaking eight-year CBA that charts a new course for women’s basketball—and women’s sports overall—with a focus on increased player compensation, improvements to the player experience, expanded career development opportunities, and resources specifically tailored to the female professional athlete. Key elements of the agreement are supported through the league’s new platform, WNBA Changemakers, with AT&T, the WNBA’s Marquee Partner and inaugural Changemaker, as well as fellow inaugural Changemakers Deloitte and Nike, and the recent addition of Google. During the 2020 season, the WNBA and WNBPA launched the WNBA Justice Movement forming the Social Justice Council with the mission of being a driving force of necessary change and continuing conversations about race and voting rights, among other important societal issues.

The Women’s National Basketball Players Association is the union for current women’s professional basketball players in the WNBA. The WNBPA is the first labor union for professional women athletes. It was created in 1998 to protect the rights of players and assist them in achieving their full potential on and off the court. The WNBPA handles the negotiation of collective bargaining agreements, filing grievances on their behalf, and counseling players on benefits and post-WNBA career opportunities. The WNBPA also serves as a resource for current players, while they are competing internationally during the offseason. The WNBPA encourages players to participate in union activities – including executive leadership roles, team representative positions, and global community outreach initiatives.