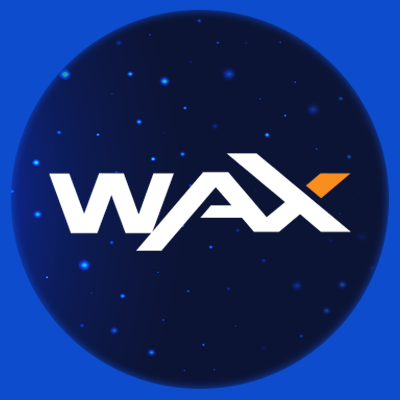 LOS ANGELES–August 26, 2021–WAX, the most used layer-1 blockchain in the world, announced that the WAX Cloud Wallet has surpassed the 6 million users milestone this week following the listing of $WAXP on the Binance, Gate.io, and AOFEX exchanges expanding accessibility to the token used for purchase of NFTs on WAX Blockchain marketplaces.

This surge of recent growth also resulted in WAX seeing over 550,000 active users on the WAX blockchain on August 23–a new all-time high. In recent days, WAX has also been averaging over 17 million daily transactions, which translates to more than 100 million total transactions expected on WAX this week.

WAX’s blockchain technology has been proven over 3 years of real world operation conducting up to 8,000 transactions per second while consuming over 100,000x less energy per transaction than Ethereum and is the world’s first certified carbon neutral blockchain.

The Worldwide Asset eXchange (WAX), aka the King of NFTs, is the world’s #1 blockchain, as measured by number of users and transactions, according to Dappradar.com. WAX’s mission is to bring NFTs to the mass market in the safest, most secure, environmentally friendly, and easy-to-use marketplace in the world. WAX is also the leading entertainment NFT network — in 2018, WAX introduced vIRLs, giving consumer product companies the ability to directly link NFTs to physical consumer products. Co-founded in 2017 by William E. Quigley and Jonathan Yantis, WAX has facilitated the trade of more than 100 million digital collectables including Major League Baseball (via Topps MLB collectables), Capcom’s “Street Fighter,” and world-renowned entertainers Deadmau5 and Weezer.