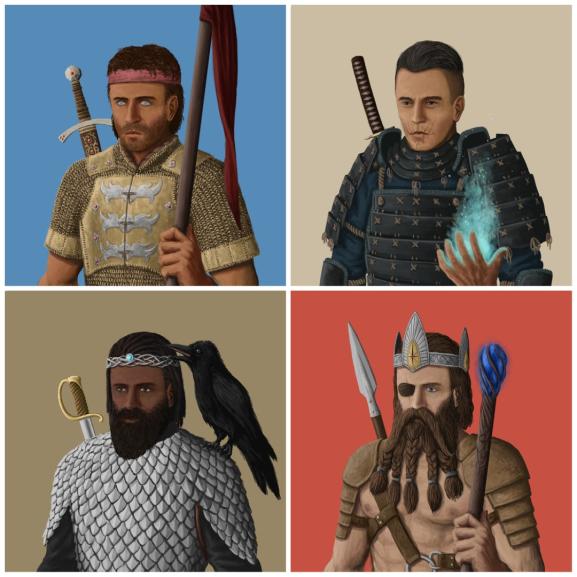 The Warriors of Aradena is working to create something more than just another standard ‘10,000 randomly generated digital collectables’ project. In an attempt to modernise the outdated Medieval Fantasy sector, they are framing their Kingdom as a more inclusive, post-modern medieval society within its own metaverse, titled ‘The Crypto Kingdoms’.

The project is also focused on creating community wealth and rewarding early adopters. In a recent announcement, @Baconboy, one of the founders stated that “A wealthy community = a happy community” and announced that the original mint price of 0.06 ETH would be reduced to 0.045 ETH, and the total supply reduced from 10,000 to 8,000 to increase scarcity and value. To fulfil their promise to modernise the outdated and underinclusive Medieval Fantasy sector, these 8,000 Warriors will be represented equally across 4 different races of 2000 to support diversity.

Each Warrior is created from over 200 different hand-drawn features, by an artist who is a Royal Academy of Arts nominee. Every Warrior has unique attribute ratings assigned for Attack, Defence, Agility, and Intelligence.

These attributes are being used to create a play-to-earn battle gaming system titled ‘The Arena’, which the team is currently in the early stages of developing. This is a key aspect of the utility of the NFT’s, and a whitepaper has recently been released for the concept.

Unlike many other projects which wait until after launch, the team have also worked on creating pre-launch utility. Their social platform ‘The Tavern’, is similar to Wicked Craniums ‘Cradle’, and allows owners to personalise their Warriors with a name and backstory bio, as well as socialising with other Warriors.

The Warriors of Aradena are planning to launch on the evening of 08/08, this Sunday. If you want to find out more, check out the website: cryptokingdoms.world