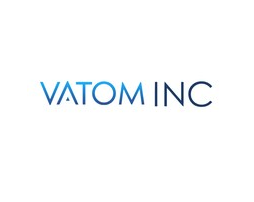 Vatom SpatialWeb: The Spatial Web is the evolution of the World Wide Web, transforming it into a massively scalable, social space with native, AI-driven NFTs that move seamlessly across AR and VR. Vatom’s Spatial Web is open to all creators and developers, is the most scalable in its category by several orders of magnitude, and offers unparalleled security and reliability.

Vatom NFTs: Vatoms (short for “virtual atoms”) were the world’s first NFTs, and approximately 30 million Vatoms have been issued into 2 million wallets on the open source Vatom Network. Vatoms are powered by the VEE ERC-20 token.

On June 21st, the Vatom NFT Platform is going live with over a dozen new capabilities, ushering in the next generation of human engagement. New capabilities include federation with games and marketplaces; extensive analytics for the acquisition of 1st party data and one-to-one consumer relationships; native eCommerce and payments; Shopify integration; new wallet functionality for multiple blockchain and Spatial Web interactions; and “interscripted”– a powerful distributed coding framework that enables dynamic, AI-driven NFT behaviors. Vatom NFTs are blockchain independent, minted on a wide variety of blockchains and side chains.

A New Era of Connection & Commerce

Top systems integrators, agencies, professional services companies, media buying groups and content companies are forming practices and ventures around the Vatom NFT Platform. In the coming months Vatom will be making a series of announcements on these partnerships, alliances and customers. On June 21st, 2021, coinciding with the release, Vatom will showcase an unprecedented confluence of NFT and metaverse technologies that has never been seen before. Details about the June 21st event will be announced shortly.

“Vatom technology changes the way people connect with companies, the environment, and each other,” said founder Eric Pulier, who has taken the helm of Vatom Inc. as CEO, “Vatoms were the first non-fungible blockchain objects, and have been used by more Fortune 500 companies than any other NFT, including Intel, Verizon, Vodafone, Unilever, Pepsico, Procter & Gamble, Nestle and many more. No other NFT platform has passed the most stringent scalability, reliability and security requirements of the world’s largest brands. I am honored to be part of the mission we began in 2015 and to join forces with a superb team around the world dedicated to bringing the Vatom vision to fruition.”

Along with Eric Pulier’s appointment as CEO, three new directors have joined Vatom’s Board:

Peter Diamandis was recently named by Fortune as one of the “World’s 50 Greatest Leaders,” is the founder and executive chairman of the XPRIZE Foundation, the executive founder of Singularity University, and has started over 20 companies in the areas of longevity, space, venture capital and education. Diamandis is a New York Times Bestselling author of three books: Abundance, BOLD, and The Future is Faster Than You Think.

John Suh is a serial entrepreneur who has grown multiple companies to north of $100M of revenues. As CEO of LegalZoom, Suh grew the company into a household brand while providing shareholders over $1.5B of liquidity. He was named Ernst and Young Entrepreneur of the Year in 2016. Prior to LegalZoom, he was CEO of StudioDirect, the internet division of a global supply chain company, Li and Fung Limited.

“The Vatom Platform extends our experience into new dimensions no less real than our own,” said Peter Diamandis, founder of XPRIZE, co-founder of Singularity University and one of Vatom’s newest board members, “By harnessing the power of exponential technologies like blockchain, artificial intelligence, VR and AR, the Vatom Platform has the potential to connect humanity and transform industries. The Vatom Platform represents an evolution of the internet, and a revolution in how people will interact with products, each other, and the world.”