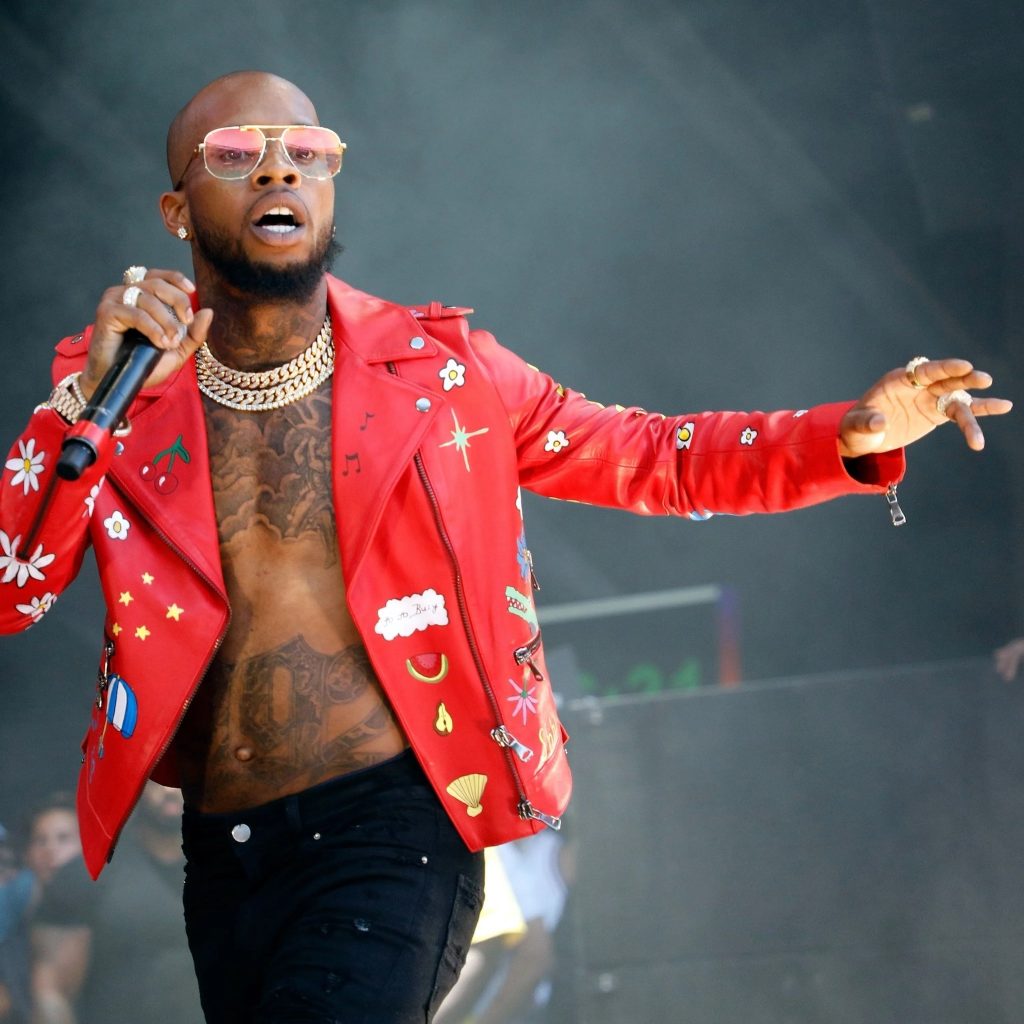 Available for pre-sale today, August 4th at 5:00PM ET, the limited-edition E-NFT will sell for an industry disruptive $1. The E-NFT will provide streaming music and accompanying artwork with playback available in the Emmersive Entertainment App, which is expected to be launching shortly on the Apple and Android platforms.

Emmersive Entertainment, in partnership with Tory, will release 1,000,000 copies of the latest album exclusively available via E-NFT.com, creating a new music distribution “fan” opportunity. Once sold out, the E-NFT is designed we believe so that the only way to experience the album is to purchase the E-NFT from another consumer via the E-NFT.com marketplace, creating an opportunity for fans to potentially financially benefit from the resale distribution of this limited music and art experience.

“First and foremost, I put blood, sweat and tears into creating my music, because delivering the highest quality of music is paramount for me,” said Tory Lanez. “I couldn’t be more excited to have a platform from Emmersive Entertainment that allows my fans and collectors alike to not only hear my music, but become entrepreneurs as well if they choose to, by having the ability to resell and set their own price on the open market. This allows for a completely different kind of fan engagement, which is the next iteration of the music industry, an absolute paradigm shift. I’m proud to be in partnership with a team that fully supports my vision.”

The launch of Tory’s new album along with the E-NFT platform will be featured on the Lomotif app that is being launched in a roll out strategy worldwide. Lomotif, a competitor of TikTok, is one of the largest short form video platforms in the world today. This will give access to tens of millions of people from around the world to Tory’s once in a lifetime first NFT Album. Lomotif has deep roots in the music industry, recently hosting the largest virtual concert event in history in partnership with LiveXlive generating over 37 million live views. “We are excited to be a part of this truly disruptive event” said CSO Brian McFadden. “The launch of the Emmersive Platform, led by the limited-edition release of Tory Lanez’s latest album is revolutionary. When combining this with the traffic that can be generated through Lomotif, we expect to build one of the largest NFT platforms in the music business.”

We believe the “WHEN IT’S DARK” album is a classic piece of timeless art that speaks volumes to the musical genius of Tory Lanez, and that Tory’s incredible ability to give fans a pure and untainted journey through unique songs, leaves an indelible impression on listeners worldwide. “WHEN IT’S DARK” the industry changing seven song and seven art piece collection will officially drops on Tuesday, August 10th.

“Once again, Tory delivered another masterful body of work,” said Erik Hicks, from Emmersive Entertainment. “I told Dr. George Tabi the day he introduced me to Tory, that I immediately loved working with Tory because he’s a true visionary and creative genius who consistently operates in eclectic originality fearlessly. I echo his sentiments about the new E-NFT album and the impact our new platform will have on the music industry. We’re so excited to launch Emmersive Entertainment with an incredible talent such as Tory and can’t wait to see what the future has in store for fans and artist alike.”

Vinco Ventures, Inc. (BBIG) is a selective acquisitions company focused on digital media and content technologies. Vinco’s B.I.G. (Buy. Innovate. Grow.) strategy is seeking out acquisition opportunities that are poised for scale and will BE BIG. For more information visit Investors.vincoventures.com.

Builders of the next great artform and investment vehicle. Our team draws on decades of industry experience, creative vision, and programming prowess to deliver unparalleled digital solutions. We are committed to pushing the limits of technology and challenging ourselves to unlock the most creative solutions for complex artistic and technological NFT concepts. We specialize in crafting custom artwork in a variety of mediums, all while advancing the NFT market by offering one-of-a-kind augmented digital and physical tokens. Working directly with artists, celebrities, and sports stars, we produce the future of memorabilia. For additional information, please visit EmmersiveEntertainment.com and E-NFT.com.

Lomotif is the leading video-sharing social networking platform that is democratizing video creation. Since the company was co-founded by video enthusiast Paul Yang in 2014, Lomotif has been granted three technology patents uniquely focused on empowering creators to share and watch short videos with ease through remix and collaboration. Yang’s bold vision is to build the world’s largest video vocabulary to accelerate the world’s transition to video-first expression. Lomotif, available in the Apple and Google stores, is a breakthrough downloadable app for hip hop, rap, and urban culture across the United States and Latin America. Lomotif is one of five partners selected by Snapchat for a bi-directional integration for posting stories between the two platforms. For additional information about Lomotif Private Limited, please visit Lomotif’s website at www.lomotif.com.

ZASH is an evolving network of synergetic companies working together to disrupt the media and entertainment industry as we know it today. The ZASH team is managed by a group of smart, if not somewhat brazen, consummate disrupters. ZASH believes its management team has an exceptional and unparalleled ability to pivot because their knowledge and experience is steadfast and unyielding. For additional information about ZASH Global Media and Entertainment Corporation, please visit ZASH’s website at www.zash.global.

In addition to the agreement with Lomotif, ZASH has made a number of moves in the media and entertainment industry. In one of its largest deals earlier this year, ZASH announced plans to merge with Vinco Ventures, Inc. (NASDAQ: BBIG) creating exciting acceleration and growth in live-streaming content, video-sharing, distribution and production within its own ecosystem.