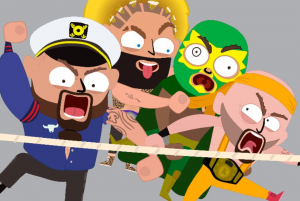 The Gimmicks is the first series to embrace NFT technology in a way that gives fans a chance to participate in character and storyline development. At the end of each episode, a “choose your own adventure” option will be voted on by NFT holders, influencing future episodes and character arcs. NFT holders will also have the opportunity to interact with other fans via an on-chain social layer. This interactive social layer will connect to the holder’s NFT, and actions will be recorded on-chain as proof of community engagement.

“Toonstar absolutely gets the ridiculously fast nature of creating in Web3,” said Mila Kunis. “They are able to make animation at unprecedented speed while also managing creative community elements; I can’t wait for people to come and engage in the fun.”

“As veterans in the animation industry, we know how invested the audience can get in storylines and characters. Working on the blockchain gives us a chance to engage with the community in ways never possible before,” said John Attanasio, CEO + Co-Founder, Toonstar. “We’re thrilled to see this The Gimmicks launch and are looking forward to giving other new voices an animation platform.”

In an effort to open up this medium to new fans and the “crypto-curious,” NFTs will be free to mint and available on March 18 via The Gimmicks website. The NFTs are powered by the Solana blockchain to ensure an environmentally conscious use of crypto technology. On Solana, there is no need for energy-intensive mining, so the minting of one NFT takes less energy than two google searches or one Instagram post. For information on setting up a crypto wallet, click here.

About Toonstar
Toonstar is a Web3 animation studio forging the future of community-driven entertainment. Toonstar’s proprietary technology unlocks animation for creative people with great stories to tell by offering high quality animation 50x faster than industry standard. This uniquely scalable model allows Toonstar to open the doors for a new generation of diverse content creators and characters. Toonstar currently has the #1 animated series on Snap Discover with over 300m monthly views and was the one of the initial studios to pioneer community-driven animated personas. Founded by industry veterans, John Attanasio and Luisa Huang, Toonstar is the first animation studio embracing NFT technology to give fans a chance to participate in storyline development and ownership.

About Sixth Wall
Sixth Wall is a blockchain entertainment company founded by Mila Kunis, Lisa Sterbakov, Lindsey McInerney, Morgan Beller and Maaria Bajwa. It is the digital arm of Kunis’ Orchard Farm Productions and helmed by CEO, Lindsey McInerney. Sixth Wall is one of the few all-female crypto teams out there. After success with their initial venture Stoner Cats, an adult animated series, the company has continued its foray into this creative Web3 arena. The Gimmicks is the latest venture toward engaging this community with fun and engaging content.