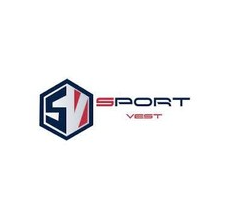 SportVEST Holdings, Inc., The Venture Arm of the NFL Alumni Association, Has Acquired the NFT licensing Rights to Major League Polo’s 16-team MLP SuperDraft August 31, 2021 Livestream Event for $105 million, At $35 Million Per Year Over MLP’s Next 3 seasons, In A Cash and Stock Deal

MLP’s NFT licensing rights fit perfectly into SportVEST’s market assets which include Virtual Sports with the NFLA Legends of Football, developed by Inspired Entertainment and accessed via a variety of platforms such as DraftKings, BET365 and other gaming sites. SportVEST also partners with esports, gaming and fan engagement companies such as ESTV, World Pro Racing, and Heritage International as well as licensing rights holders of a portfolio of future NFTs from The Decade of Champions Professional Sports Films assets and proprietary one of a kind artwork of NFL, MLB, and Boxing Legends.

“Leveraging the prestige and aura of luxury inherent in the Major League Polo Brand, we see the potential of MLP’s NFT Digital Assets to sell for $1+ million each,” said Vic Bakunoff, President & CEO of SportVEST Holdings. “MLP, like other SportVEST assets such as NFLA Legends, vintage NFL and MLB Films, and sports legends artwork, match up perfectly for NFTs and other Unique Digital collectibles when it comes to prestige, image, value and brand awareness.”

With major cryptocurrency exchanges investing in esports and stadium naming-rights, like FTX’s sponsorship with Miami Heat for $135 million, MLP plans to feature esports at its 16 pro stadium venues capitalizing on this emerging market. “It’s a great opportunity for us to activate fan engagement with our pro athletes, sponsors and our esports game,” said Kimberly Casey Carr.