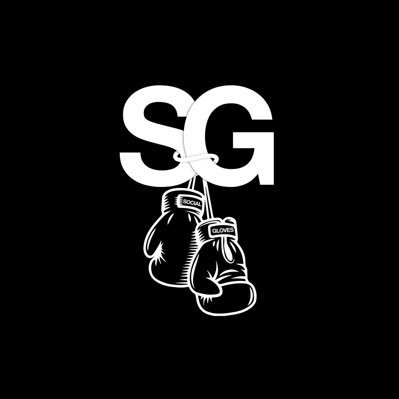 LOS ANGELES, June 11, 2021 — LiveXLive Media (Nasdaq: LIVX) (“LiveXLive”), a global platform for livestream and on-demand audio, video and podcast content in music, comedy and pop culture announced today the hosts for the most anticipated event of the summer Social Gloves: Battle of the Platforms. The live pay-per-view (“PPV”) event is bringing boxing, music, esports, fashion and NFTs together for a unique pop culture live event to be held on June 12, 2021, at the Hard Rock Stadium in Miami Gardens, FL.

Ringside seats to the coveted event along with VIP Meet & Greets with the main card, Austin McBroom and Bryce Hall, have sold out. #SocialGloves is the first-ever live PPV event to offer NFTs with each PPV livestream purchase. LiveXLive and Cybertino have also created an exclusive #Social Gloves NFT collection.

The in-person and livestream PPV event will pair YouTube and TikTok influencers in a boxing competition between the world’s biggest social media stars along with a music line up of today’s hottest artists, including DJ Khaled, Lil Baby, Migos, Trippie Redd and recently added rapper Latto.

Hosts and announcers for Social Gloves: Battle of the Platforms will include:

The event will be highlighted by an extraordinary blend of athleticism and entertainment, including music performances by GRAMMY award-winning DJ Khaled, GRAMMY nominated rapper Lil Baby, BET Award Nominee and rapper Latto joins the performance lineup, GRAMMY nominated hip-hop trio Migos, along with Polo G, who will perform high-energy sets as part of the event’s music lineup.

LiveXLive and Cybertino have created a #SocialGloves NFTs collection which features exclusive edition 3D interactive silver coins of the fighters that will turn gold if the win and one-of-a-kind Sneaker NFTs of the custom-designed limited edition #SocialGloves sneakers created by #DexterTheCreator – representing #teamyoutube and #teamtiktok. Additionally, 100 pairs of these specialty sneakers were created and are now available for purchase at fredsegal.com. The first-ever PPV event NFTs created by Social Gloves, LiveXLive, and Cybertino will make history as a value-added with each PPV livestream purchase.

Taking place at the Hard Rock Stadium in Miami Gardens, FL the historic live PPV event is produced and distributed by LiveXLive Media (Nasdaq: LIVX) (“LiveXLive”), a global platform for livestream and on-demand audio, video, and podcast/vodcast content in music, comedy, and pop culture, and owner of PodcastOne, Slacker Radio, React Presents, and Custom Personalization Solutions. Tickets for in-person seats at Hard Rock Stadium are on sale now to the general public at Ticketmaster outlets and online at www.ticketmaster.com. LiveXLive early bird PPV livestream packages are on sale now at socialgloves.livexlive.com.

Social Gloves: Battle of the Platforms is executive produced by social media visionary and elite Hollywood playmaker Paul Cazers and is the first in a series of major upcoming Social Gloves events planned in partnership with LiveXLive. Cazers is the mastermind behind the Logan Paul vs. KSI 1 fight, putting the digital entertainment leader at the forefront of the social media boxing craze disrupting the sport today. Paul vs. KSI, which sold out Manchester Arena in England, still holds the record for the most purchased pay-per-view broadcast for any non-professional boxing match of all time.

“As we re-enter live events of all forms, Social Gloves: Battle of the Platforms is a defining moment in entertainment and sport. The magnitude of awareness for this night has been tremendous worldwide and we anticipate significant audiences from all over the globe. Defining pop culture moments like this are rare and we are thrilled to be partnering with the Social Gloves team on what we know will be an epic evening,” stated Robert Ellin, CEO and Chairman of LiveXLive.

While on Hard Rock Stadium property, masks are required for all guests (age 2 and up) at all times, other than when actively eating or drinking. Guests must follow all stadium policies, including health and safety protocol, and posted instructions while in the stadium and on stadium grounds.

LiveXLive is available on iOS, Android, Roku, Apple TV, and Amazon Fire, and through OTT, STIRR, Sling, and XUMO, in addition to its own app, online website, and social channels. The Company’s wholly-owned subsidiary PodcastOne, generates more than 2.25 billion downloads per year with 400+ episodes distributed per week across a stable of hundreds of top podcasts. The Company’s other major wholly-owned subsidiaries are LiveXLive, Slacker Radio, React Presents, and Custom Personalization Solutions. For more information, visit www.livexlive.com and follow us on Facebook, Instagram, TikTok, and Twitter at @livexlive.