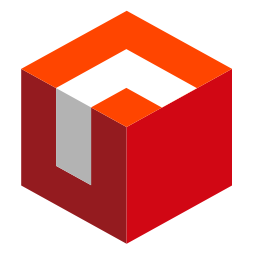 “From the outset, we’ve been committed to achieving decentralization. Rally’s mission is to truly empower creators and their communities, and the only way to fulfill this promise is to ensure that there’s no ‘big tech’ central entity that controls the ecosystem. Now with a global roadmap in place and new products and businesses enabled by the decentralized $RLY protocol, the original core mission of delivering the next 100 million users into crypto can be realized by a growing network of innovative projects,” said founder Kevin Chou. “Based on the early success of the $RLY protocol and its first consumer application, Rally.io, paving the way to tokenizing creators, the ecosystem is expanding to include many new projects tokenizing every person, community, and brand on the internet.”

The goals of Rally’s decentralization are:

As part of the proposal, former Patreon executive Bremner Morris will be elevated to Chief Executive Officer of Rally. Morris was appointed by the community earlier this year to lead go-to-market initiatives for the $RLY network’s flagship app, Rally. Since joining the project, Morris has assisted with rapidly scaling Rally to become a leading crypto platform for creators and by doing so, bringing interest and attention to the innovative use cases for $RLY and the $RLY protocol. In the last quarter alone, Morris oversaw the launch of a forthcoming visual brand identity and website, assembled a leadership team of creator economy experts including execs from Twitch, Twitter, Facebook, Kickstarter and YouTube and partnered with UTA to represent Rally to the creator / talent ecosystem. Prior to joining Rally, Morris held senior leadership positions in the creator and digital economy ecosystems, including serving as Patreon’s Head of Go-to-Market and Revenue and Head of Creator Partnerships. Prior to joining Patreon, Morris drove the growth of AppDirect, a leading cloud software marketplace provider.

“Rally offers a new frontier for creators to engage with their communities, receive meaningful value for their creative endeavors and have full ownership over their own independent economies,” said Bremner Morris. “I believe that creators should be fairly valued for their contributions and Rally has one of the clearest use cases in crypto, with a vibrant ecosystem that’s already making a real positive impact. The Rally team is looking forward to driving the next phase of creator and community empowerment through social tokens and NFTs.”

The proposal also broke down separate budgets for each project from the $RLY network community treasury, which is funded by community activity including through a raise of $50 million USD flowing directly to the community treasury through token sales conducted by a community-appointed agent. Rally plans to use its portion of the community-approved budget to continue to invest in services and staff to support creators, including significant investment in regulatory compliance features and processes — an area where Rally stands alone in its capabilities among other social token and NFT projects.

With the passing of the community proposal to decentralize the $RLY network ecosystem, former CEO Kevin Chou and his co-founder Mahesh Vellanki will launch a venture studio, SuperLayer Labs, that will fund and accelerate separate projects on top of the $RLY network. They will continue to work within Rally in a community capacity. The proposal also allocated a budget from the community treasury to establish a separate creator-focused project that will aim to mirror Rally’s success in the greater Asia region.

Rally is a crypto platform that allows creators and artists to launch their own digital currency and to build sustainable, independent economies with their fan communities. Powered by digital assets on the blockchain, Rally offers creators the ability to monetize through fans purchasing and using their social token and through crypto reward systems. Fans gain access to benefits including unreleased content, private communities, backstage passes, early-access to tickets, and exclusive merch – all while showing their fan loyalty by holding their favorite creator’s coin.