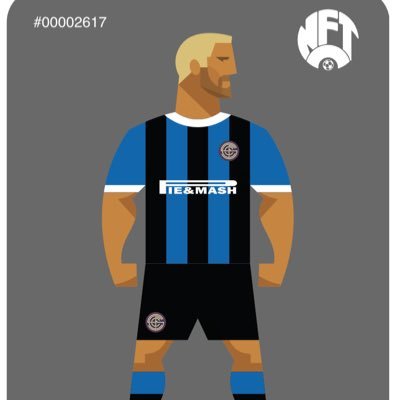 NiftyFootball is an NFT-based football collectables game powered by Ethereum, allowing players to build their own dream squads using provably scarce, unique digital trading cards they can collect, trade, or play. Each card is a one-of-a-kind NFT with individual attributes that impact scarcity and gameplay. The illustrations used for the cards were created by acclaimed Manchester-based artist Stanley Chow.

“We believe football based NFT collectables have their own market and are the modern version of player sports cards that we all used to collect back in the day. NiftyFootball appeals to the players’ desire to buy, own, and trade pseudo-random packs of cards with friends. Each trading card is unique thanks to its DNA, via the minting and assigning of various traits per player. We are eager to bring football NFT collectables to the world and believe the Launchpool community and the Launchpool Labs incubator will help us go global,” said Andrew Ivison, CEO of NiftyFootball.

NiftyFootball uses the same ERC-721 standard popularized by other NFT-based collectibles games like CryptoKitties. Once players have assembled their squads, they can view them within the NiftyFootball app or using any compatible wallet, keeping an eye on stats that can be improved, and see how their teams rank compared to the rest of the existing card pool. Its first tranche of 1,000 cards, dubbed the GENESIS set, sold out in just 4 hours and 19 minutes after minting.

“We have seen massive growth for the esports fantasy gaming industry, which is why we took notice of the team at NiftyFootball. They are all about passion for fantasy football and NFT in-game collectibles and artifacts, which makes us excited to bring their concept to life, over the course of three months, and work closely with our partners, advisors, and loyal community in shaping this unique product,” said Roxana Nasoi, MD at Launchpool Labs.

Launchpool Labs offers a three-month incubation program for very early stage companies, with the purpose of building together their MVP (minimum viable product) and MVC (minimum viable community). Each team is provided the assistance of numerous cross-industry partners and advisors. There are four cohorts and 12 to 24 projects each year.