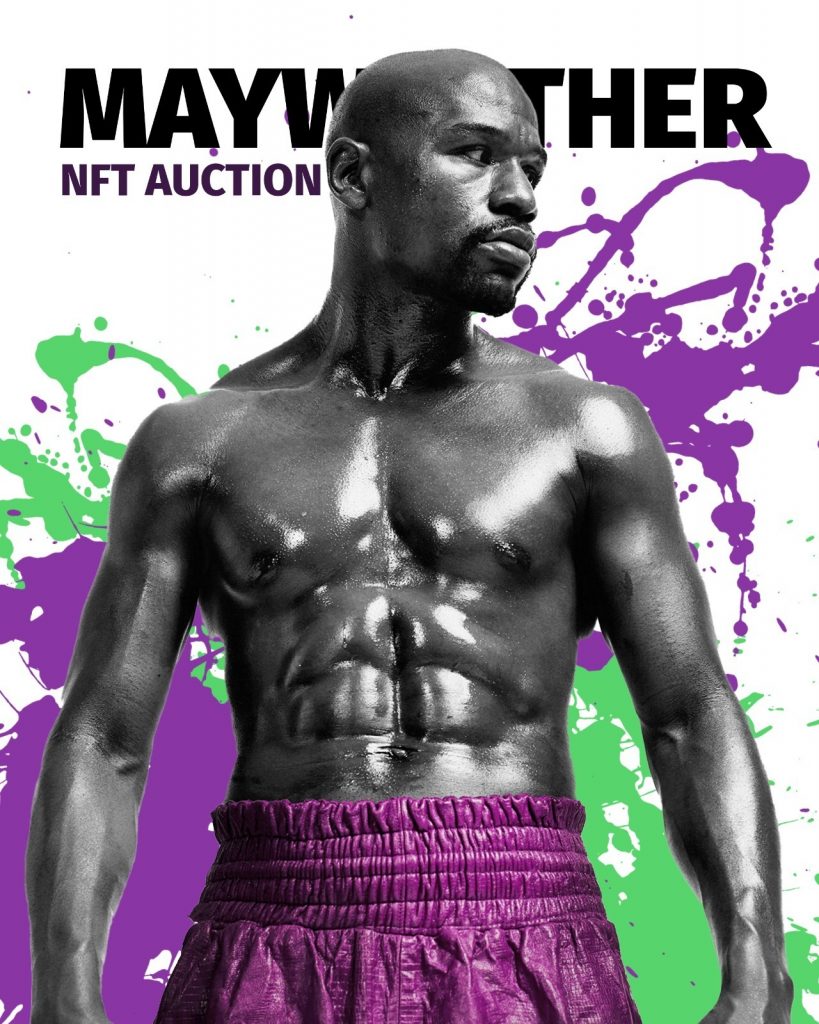 Miami, FL, June 04, 2021 — NFT BAZL was held at the Temple House in South Beach to great success last night. The disruptive rising marketplace of NFTs has proven its right to exist alongside traditional big players. A physical NFT gallery decorated the walls, mesmerizing viewers with the over 100 pieces available by the likes of Tom Bates, Daniel Mazzonne, Super Budha, and Paul Rousoo. Over 450 attendees were attracted to the venue and participated in the exciting auctions.

Two Floyd Mayweather’s NFTs were sold at the auction, which included his signed boxing gloves. Ten percent of the sale went to the Elikia Hope Foundation for Afrian diaspora. The foundation is headed by Diambi Kabatusulia, the Queen of the Democractic Republic of the Congo. The Queen herself was also in attendance and gave an inspiring speech on the charity’s aim.

The conference was hosted live for seven hours on Decetraland and through Firebeatz’s social media channels to viewers from around the world. Additionally, the event attracted top media outlets like Forbes, Vice TV, Vogue Brazil, NBC, and CNBC.

NFT BAZL was hosted by Elitium, a blockchain-based wealth management ecosystem, who joined forces with GDA Capital, the influential digital asset investment firm. Eltium is focused on revealing the true potential of NFTs and recently integrated its NFT marketplace with the DigitalBits blockchain. This move bolsters their already impressive offerings. Elitium is working on a number of innovations within the NFT space like NFT farming, lock periods to protect artists, and royalty models to generate long-term value for its users.

The venue proved the increasing demands for NFTs as pieces by renowned artists were anxiously bid on by a lively audience. NFT BAZL marks the beginning of a new era in which the digital asset will take its place as an industry standard. The remaining unsold pieces are now available for direct sale at their initial retail price.

Elitium helps investors access digital assets via a trusted, compliant, and secure wealth management platform. It focuses on ease-of-use with low barriers to entry to help lead the blockchain and cryptocurrency industry to mass adoption. For more information visit www.elitium.io.

GDA Capital is the capital markets arm of the GDA Group, one of the most established blockchain firms in North America. It provides vertically integrated financial technology services to institutional investors and disruptive technology companies. For more information visit www.gda.capital.