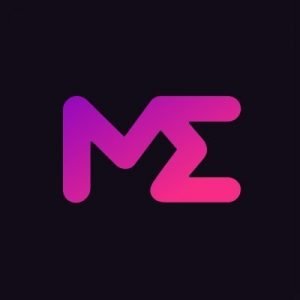 14 March 2022 – Magic Eden, the leading NFT marketplace on Solana, has closed a $27 million Series A round led by Paradigm with participation from Sequoia, Electric, Greylock, Kindred, Variant and the Solana Ventures.

“Magic Eden will be much more than a place for users to purchase NFTs. Our goal is to make a clear distinction between Web2 and Web3, allowing creators, collectors and supporters to engage with each other and lead the direction of their online interactions,” said Jack Lu, CEO and Co-founder of Magic Eden.

“As the largest marketplace in the Solana ecosystem, and fastest growing marketplace globally, we look forward to putting the power of NFT innovation into the hands of the community via the Magic Eden platform,” Lu added.

Since its launch in September 2021, Magic Eden has become the top NFT marketplace on Solana with a mission to lower the barrier of entry for artists. It holds over 90 percent market share among NFT marketplaces on Solana, and surpassed more than 7.5 million SOL in transaction volume in its first six months.

Magic Eden enables consumers to be decision-makers driving the growth of their own digital communities, with participants using Magic Eden’s educational resources and analytical tools to lead the strategic evolution of their projects.

“Magic Eden has earned its place as the leading NFT marketplace on Solana because of their devotion to building a simple, intuitive user experience,” said Arjun Balaji, investment partner at Paradigm. “As NFTs break out to more mainstream audiences, we’re confident that the customer-obsessed team at Magic Eden can help lead the way.”

Funding from the Series A round will go toward expanding the team, investing in partnerships, building out a gaming vertical and launching the first NFT mobile application that allows users to browse, mint and trade NFTs on-the-go.

In addition, Magic Eden recently launched a DAO called MagicDAO gated by their NFT collection named Magic Ticket. Magic Eden dropped over 30,000 NFTs to some of their most active community members (based on last transaction date). The MagicDAO will have 3 pillars: social interconnectivity, rewards, and governance. Currently, all MagicDAO members are able to vote weekly on collections that can be featured on the homepage.

Magic Eden is the community-focused and leading NFT marketplace on Solana and home to the next generation of digital creators. Led by former DeFi, hospitality, retail, and tech leaders, Magic Eden aims to bring the strongest user-friendly experience with cutting-edge tools and support that will allow creators to seamlessly mint and generate digital content and lead the fate and growth of their digital communities online.