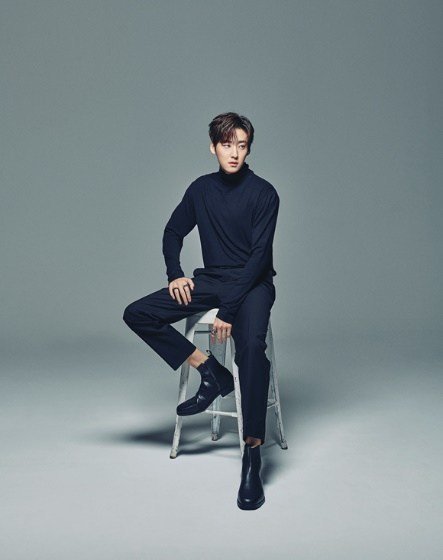 HONG KONG, July 23, 2021 /PRNewswire/ — KLKTN, a curated NFT platform that takes you on a unique creative journey sets out to reshape the K-POP, Anime and J-CULTURE. In collaboration with top musicians and artists and powered by blockchain technology, KLKTN is taking artist-fan engagement and the best of music’s experiential culture into the digital world.

KLKTN is a new digital platform built for a new era in fandom, for musicians and artists to share their behind-the-scenes content and creative process, and enrich engagement with their fans by offering them a unique opportunity to show their support and appreciation. Fans can choose, purchase and own authentic digital “Special Edition” collectibles and digitally tokenized “Moments”. In addition to sharing exclusive footage of the production process via text, photos and video clips, artists can choose to “mint” these moments into a limited supply of authenticated digital products often referred to as “NFTs” (non-fungible tokens).

KLKTN invites fans on a creative journey with the most innovative artists in the world to curate, explore and share. Ownership of digital assets is a relatively new phenomenon, which has become possible through the utilization of blockchain technology.

KLKTN is built by a team of industry insiders – the three co-founders include Jeff Miyahara, Fabiano Soriani and Daisuke Iwase. The visionary mastermind behind KLKTN is Jeff Miyahara, the company’s Chief Creative Officer. An iconic Japanese-Korean record producer and songwriter, based in Tokyo, Miyahara has produced over 260 J-POP / K-POP and international artists. His works have amassed over 40 million copies in physical and digital sales, contributing to the countless accolades attributed to his name. He said, “We collaborate with the most innovative artists around the world. The ones who really move you. The ones you really love. Together, we’re exploring the intersection of creativity and technology, enriching connections, reimagining relationships and broadening reach.”

KLKTN’s Chief Technology Officer, Fabiano Soriani, is a veteran in the NFT industry. As one of the early employees of Dapper Labs, he led the creation of Crypto Kitties as their Lead Blockchain Engineer, and worked on the development of the FLOW blockchain as the distributed systems researcher. He and his technology team are based in Vancouver. “I am extremely excited to partner with Daisuke and Jeff to bring to the entertainment industry the benefits of blockchain for the next billion users. I’m also excited to connect fans and idols in completely new experiences that were not possible before,” said Soriani.

Based in KLKTN’s global headquarters in Hong Kong, Chief Executive Officer Daisuke Iwase, is a well-respected fintech entrepreneur in Japan. A digital pioneer, he co-founded Lifenet, a disruptive Japanese fintech venture, and took it to IPO. A graduate of Harvard Business School and a former Young Global Leader with the World Economic Forum, Iwase also served as the Group Chief Digital Officer for one of the largest financial institutions in Asia Pacific. “The entertainment industry is ripe for a blockchain revolution and I am interested in being at the forefront of bringing changes to benefit artists, musicians and fans. The emerging concept of ownership of digital assets has the potential to have a huge impact on our society and it will be exciting to play a role in facilitating innovation at the intersection of technology, finance and culture. I am honoured to be leading a multinational team that is taking on the challenge of creating that future,” said Iwase.

On 23 July 2021, KLKTN will launch the special edition drop of “Got It”, the new US debut single by K-pop star Kevin Woo, KLKTN’s Creative Director in Residence. This drop will feature original Special Editions and collectible Moments, inspired by the new single’s music video. Kevin Woo is a Korean-American singer, actor, TV host and creative director, currently based in Los Angeles. He is most notably recognized as the main vocalist in the K-pop idol group U-KISS, which debuted in 2008. In 2017, Kevin made his departure from U-KISS to launch his solo career, paving the way for a global K-Pop industry explosion.

KLKTN is backed by influential investors who share our vision to reshape the creative industries. Its main investors include the likes of BEENOS, an influential Japanese internet and entertainment company, and Animoca Brands, a leader in digital entertainment, blockchain, gamification, and artificial intelligence and one of the key players in the NFT space with more than 50 investments in NFT-related blockchain companies. Other investors include Gusto Collective, Asia’s leading brand-tech group which combines ‘best in class’ storytelling and immersive technology as well as BlackPine, a private investment company based in Hong Kong.

“KLKTN has opened up new possibilities and opportunities for artists and fans by transforming how the world values art and music. Together, we’re taking the best of music’s offline experience culture into the digital world and we look forward to partnering with innovative musicians and artists,” said Iwase.