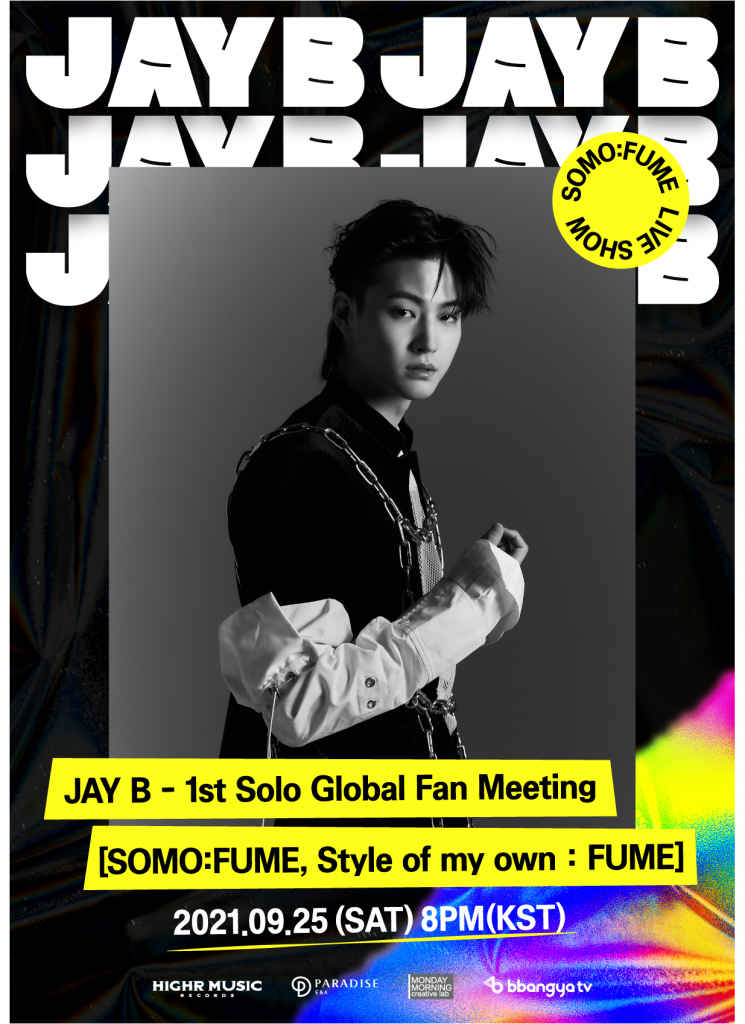 HONG KONG, Sept. 06, 2021 (GLOBE NEWSWIRE) — Hong Kong-based investment company Xeno Holdings announced the release of fan meeting NFTs for Jay B, a former leader of the GOT7 group. The fan meeting will take place on the 25th of September and the NFTs will be minted with exclusive videos and photos including backstage footage and hidden scenes that will not be released on the usual fan meeting streaming service.

Jay B released his first solo album ‘SOMO:FUME’ last week and has proven himself as a talented and successful male R&B artist. His first single ‘Switch It Up’ reached #6 on the Billboard R&B Digital Song Sales Chart for the first time for a Korean solo artist.

The solo mini-album ‘SOMO:FUME’ is trending #1 in the iTunes album chart in 36 countries around the globe.

Jay B’s first online global fan meeting, titled ‘SOMO:FUME, Style of my own: FUME’, is scheduled to be streamed on September 25th via live streaming service platform ‘BBANGYA TV’ to more than 150 countries.

Xeno NFT Hub, an NFT (Non-Fungible Token) Marketplace invested and operated by Xeno Holdings, will be minting 100 NFTs with exclusive video content that will not be available elsewhere. These unique NFTs will only be sold during this time and will never be minted again. An NFT is a digital asset held on a blockchain network that can uniquely represent real-world or digital objects like art, music, in-game items, and videos.

Xeno Holdings invests and operates in many industries in the Asian market and has recently invested in ‘Xeno NFT Hub’ and ‘Xeno Spaces’ to enter into the NFT market. ‘Xeno NFT Hub’ is a one-stop NFT marketplace to help artists and users mint, sell and trade NFTs. ‘Xeno Spaces’ is an offline space where artists can host exhibitions to engage and create unique experiences with fans.

“Starting with Jay B’s fan meeting, we are planning to launch NFTs into several metaverse environments to give new virtual experiences,” said Alan Miller, CEO of Xeno Holdings. “Beyond this, we are working with others to create similar experiences to help artists engage their fan bases, while the fans themselves get to enjoy interesting and unique content with their favorite artists.”