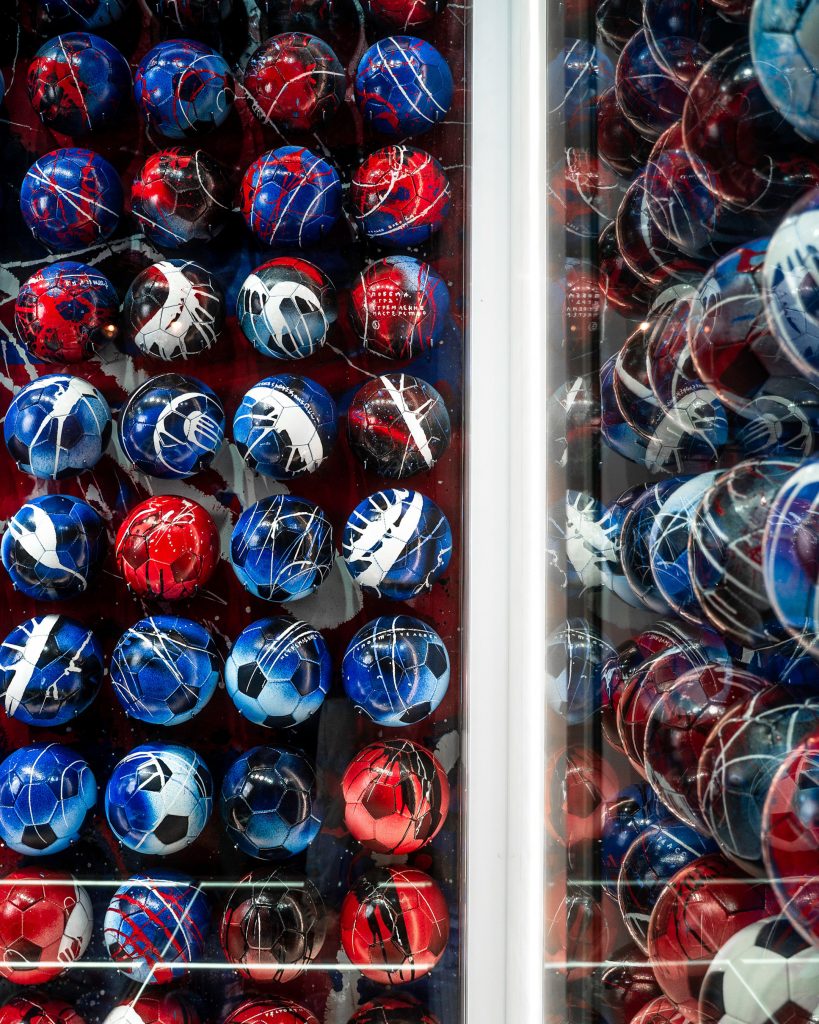 SAINT PETERSBURG, Russia, June 11, 2021  — On 11 June, work began on a unique art installation in the UEFA Euro 2020 football village, which will be digitized and transformed into an NFT trophy. Gazprom, an official sponsor of the tournament, came up with the initiative to create a brand-new award for the best goal of the UEFA European 2020 Championship. Prominent Russian calligraphy futurist artist Pokras Lampas was invited to implement the idea.

The artist plans to finish the installation by 12 June. The art object consists of 432 soccer balls that contain calligraphic patterns of the name of the Championship, Gazprom, and the company’s ‘Football for Friendship’ international children’s social programme and its values: friendship, equality, justice, health, peace, devotion, victory, tradition, and honour. The winner’s ball will be added to the calligraphy once his identity is known. The balls form an open art space in which anyone can create unusual content for their audience.

In the future, the art installation will cease to exist as a physical object and will be reborn as a digital work of art in NFT format. The digital award and the winner’s ball will be presented to the player who scores the best goal of the UEFA European 2020 Championship. Young ambassadors of the ‘Football for Friendship’ programme from all countries participating in the European Championship will take part in the award ceremony. The hologram of the award will be on display at the UEFA headquarters in Nyon, Switzerland.

The award for the winner of the ‘Goal of the Tournament’ will be the first digital trophy in football history. By combining physical perception and digital reality in a real work of art, it will be a creative embodiment of the spirit of the UEFA EURO 2020: a global event that brings people from all over the world together around sport.

‘Today is a very important day because for the first time in the history of football the trophy for the best goal of the UEFA EURO 2020 Championship will become not simply a physical object but a digital NFT-trophy. Thanks to the support of Gazprom, the official sponsor of the Championship, we have an opportunity to present Russia on the global level and get the trophy to the best master of this sport’ – says Pokras Lampas..

“This is not the first time that Gazprom, who have been a trusted UEFA partner for many years, has come up with initiatives that contribute to the development of football around the world,” noted UEFA marketing director, Guy-Laurent Epstein.

“Gazprom’s award for the goal of the tournament is a unique prize in the history of football and we hope there will be plenty of excellent goals to choose from over the course of the next month.”