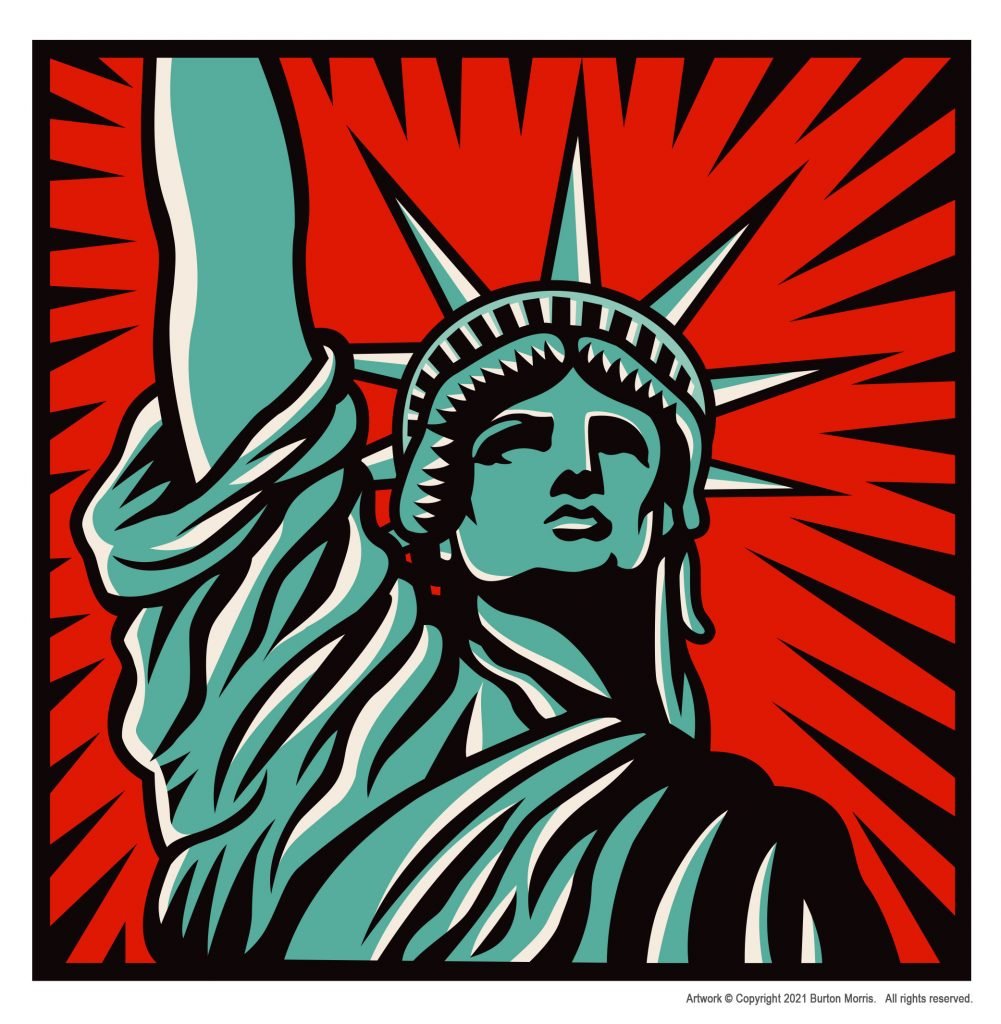 LOS ANGELES, June 3, 2021 — Iconic contemporary pop artist Burton Morris will debut his first NFT collection at www.burtonmorrisnft.com entitled The Art of Friends. The collection features the famous gallery of art featured on the set and behind the notorious orange couch in Central Perk coffee shop where best buds Ross, Monica, Chandler, Phoebe, Joey and Rachel hung out. The Art of Friends NFT honors the influential presence of Burton Morris’ artwork throughout the show’s 10 seasons. The drop will go live on Thursday, June 3, 2021 at 9 a.m. PT for five days only.

Since “Friends” premiered in September 1994, more than a dozen of Morris’ original pop art works were featured on set in the colorful Central Perk coffee shop throughout the award-winning series’ ten seasons. Now, twenty-five years later, the millions of fans who associate Morris’ bold, bright aesthetic with the characters, set and storylines of the beloved series have an opportunity to own these iconic works.

Crypto native-collectors and fans new to the NFT world can acquire, trade and re-sell NFTs on the platform using Etherium (ETH) for the auction items. Bidders can register at any time during the auction. Credit card and PayPal are accepted forms of payment for Big Hitter.

Morris comments: “The future of these iconic works are now in the hands of the fans that made “Friends” one of the most beloved series in television history. I remember the day my sister called to tell me she saw an actor on a new television show called “Friends” wearing a tee shirt featuring my artwork of a big hitter baseball player. The actor was David Schwimmer (Ross), who wore it during the taping of the third episode. The next day, I connected with show creators who decided they wanted to feature my art on the set. 25 years later, collectors and fans can own and immortalize the show’s influence through The Art of Friends for generations to come.”

Burton Morris is one of the most accomplished contemporary pop artists of our time. His signature radiant black outline and vivid colors give life to graphic depictions of American icons and objects that portray today’s popular culture. Morris’ one of a kind works have been immortalized in the homes of Andre Agassi, Roy Disney, Tommy Hilfiger, Emeril Lagasse, Stan Lee, Barack Obama, Brad Pitt, Keanu Reeves, Fred Rogers, Kanye West, Oprah Winfrey and on the set of “Friends.” His works are also featured in collections at the Academy of Motion Picture Arts & Sciences, Albright-Knox Museum, Carter Center, Elysee Museum, Barack Obama Presidential Center, United Nations and the World of Coca-Cola Museum. The Art of Friends collection debuted at Taglialatella Gallery in Chelsea, New York in September 2019 in conjunction with the 25th anniversary of “Friends.”

Morris’ artwork has helped to raise millions of dollars for charities worldwide, including Agassi Foundation, Children’s Hospital Los Angeles, JDRF, The Race to Erase MS, among others.