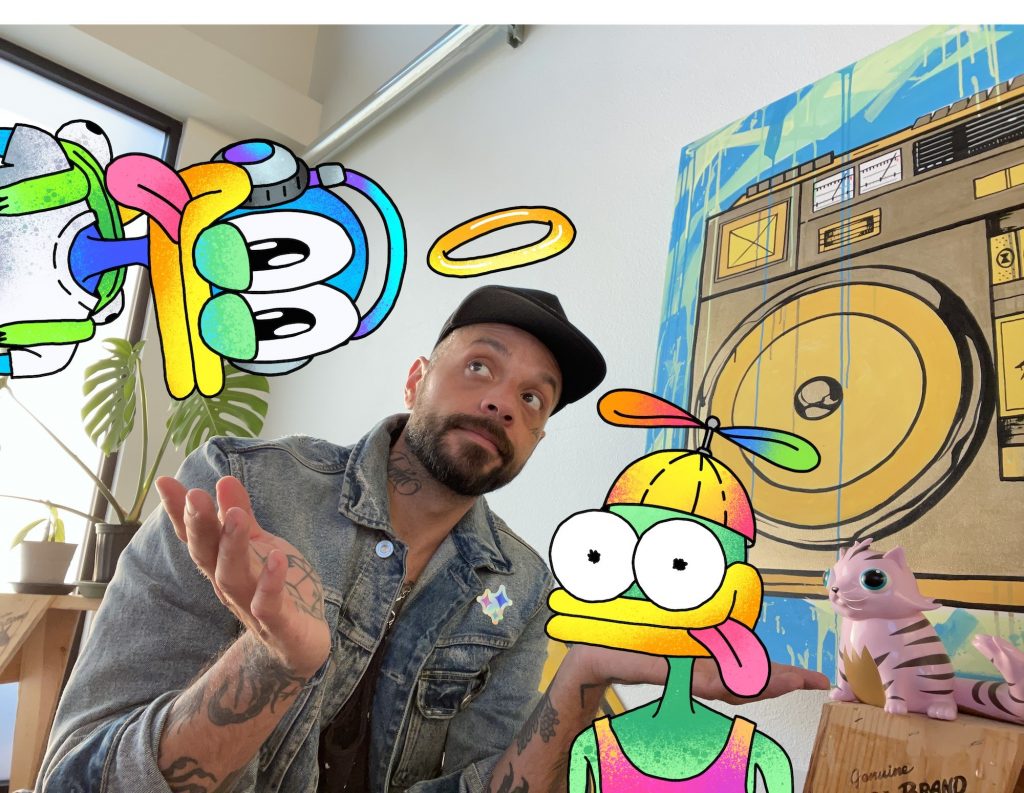 10,000 individually unique Sup Duck NFTs went on sale on Friday, July 16th to the general public and sold out within 48 hours. Each unique Sup Duck NFT featured a variety of wacky, punk, and wavy pop culture-themed cartoon ducks featuring 90’s artistic references. Each Sup Duck NFT was sold on the Etherium blockchain, ranging from 0.1 to 0.7 ETH per NFT.

“I’m the Creative Director and co-founder of nameless, a new NFT minting platform for brands and celebrities, but being creative with my own NFT projects is something that I love to do as well. While I’m quite busy with my new NFT startup ventures, it’s important that I continue to create and share art with the metaverse, and hopefully bring a little happiness to people,” Aguilar said.

The inspiration behind the 2021 Sup Ducks NFT project came from Aguilar’s fans on Twitter. “Some of my Twitter followers are actually the ones that inspired this art project reboot– I did my first original Sup Duck NFT mint in 2019 on an iOS app called Editional and the project attracted a significant following. With this 2021 NFT art drop, each Sup Duck NFT offers up a funky and dope personality that will hopefully brighten up someone’s day. It’s time the art world lets loose and gets a little silly– That’s what this project is all about,” Aguilar said.

Aguilar worked with four other talented artists to create the 10,000 Sup Duck NFTs that are a part of this NFT art project. “With the explosion of Profile Picture Projects after the boom of Bored Ape Yacht Club, I was inspired to join in on the fun and get a team of artists together to create 10,000 unique Sup Ducks. The artists who helped create this Sup Ducks NFT project include Jonpedigo, Stronkdonk, Xiggalo and 100xLuis. We’re really excited about this duck NFT project!” Aguilar said.

Franky and his team used Procreate on iPads to draw each element that composes the Sup Ducks. “I’m always traveling for work and play, so some of these Sup Ducks were drawn in Vegas, Los Angeles and Costa Rica. There are a variety of themes– hip hop, rock N’ roll, flowers, surf, you name it.” Aguilar said.

ABOUT FRANKY AGUILAR AKA FRANKYNINES

Franky Aguilar, AKA FrankyNines, is a Latin-American artist, blockchain designer and product developer based in Los Angeles, CA. He’s built several apps that have garnered millions of downloads over the course of his tech career. He also co-founded nameless, a venture capital-backed company built around providing tools and open source code to developers and brands who want to create their own NFT projects. Since 2017, Franky has been focused on art and innovation in the blockchain industry.

To learn more about FrankyNines and his latest blockchain business ventures and art projects, visit https://www.frankyaguilar.com