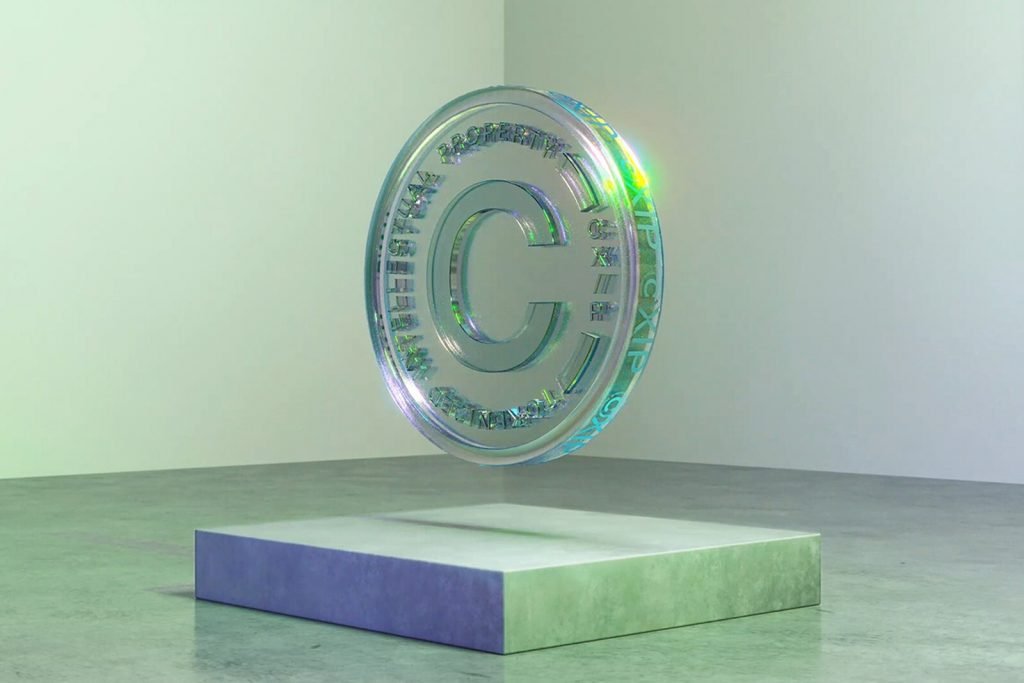 “The NFT market is flooded with fakes and theft—creators are being exploited, collectors are getting duped. With CXIP, we created the gold standard for minting NFTs that enhances marketplaces by assuring provenance, identity, and security,” said Jeff Gluck, CXIP founder and CEO, intellectual property lawyer, and artists’ rights advocate.“CXIP is a foundational innovation that goes beyond art.”

“CXIP is a groundbreaking platform. A universal enhanced minting standard that all marketplaces can easily integrate is the best way to address existing NFT problems. I am proud to join the team and look forward to the important work we will do together,” says Daniel Arsham, CXIP Chief Brand Officer.

Currently launched in beta, CXIP is a decentralized universal minting solution to prevent NFT fraud and counterfeiting. The security measures are combined with other significant minting enhancements including true provenance, authentication, carbon offsetting, borderless cross-market royalties, and the ability for creators to register their work with the U.S. Copyright Office during minting.

CXIP is also the first platform to offer an NFT authentication feature for collectors to verify an NFT, protecting both the creator and buyer.

Through its unique plug-and-play API, CXIP seamlessly integrates its best-in-class NFT minting solution across the industry, empowering all participants, from creators to collectors, marketplaces to auction houses. In addition to marketplace integration with its API, creators can mint NFTs directly on CXIP’s website, and seamlessly list them for sale in any open marketplace.

Drawing on his legal background, the copyright registration feature is one that Gluck created himself. “In 2019, the U.S. Supreme Court ruled that without a registered copyright from the US Copyright Office, an artist can’t take any legal action to protect their work,” says Founder Jeff Gluck. CXIP is the first platform to offer a seamless copyright registration feature with NFT minting.

“The NFT market has empowered creators to thrive, but a lack of standardized minting, unclear provenance, broken royalties, environmental issues, and smart contract vulnerabilities undermine the industry and expose marketplaces to immeasurable legal liability. The quality of an NFT is a direct result of how it was minted,” continues Gluck.

Vulnerable Smart Contracts – The majority of NFTs today are unsecured and hackable, leaving creators and collectors vulnerable to theft and counterfeiting.

Unverified Provenance – The source, ownership, and identity of current NFTs are unreliable and easy to forge.

Impermanence – NFT metadata and code stored off-chain on unsecure centralized servers remains at risk of being manipulated or lost forever.

Carbon Footprint – NFTs have generated controversy with an alleged environmental impact, causing many creators to refrain from participating.

Authenticated Provenance – Wallet or user-friendly proxy wallet creation requires every NFT to be ‘signed’ by the creator.

Counterfeit Prevention – CXIP audits and flags any counterfeit NFTs and tracks the provenance chain for every NFT.

For the past decade, Jeff Gluck has been at the forefront of contemporary intellectual property law in the fields of art and fashion, helping artists, designers, and content creators protect their livelihoods. Gluck is the lawyer that streetwear brands and artists have gone to for anything from corporate structure to disputes. Operating with a team of seasoned intellectual property litigators, Gluck has recovered millions for infringement victims and has successfully resolved several landmark artists’ rights cases.

Cited by publications including The New York Times, The Wall Street Journal, Artnet, CNN, and GQ, Gluck is widely known for zealously enforcing IP rights for some of the world’s most acclaimed contemporary artists and designers, including Revok, Kesh, Jen Stark, Curtis Kulig, D*Face, Cleon Peterson, Rime, Felipe Pantone, Dabs Myla, FUTURA, and the estate of Dash Snow, among others.

Protecting artists and empowering creatives overlooked by the industry is the core of Gluck’s mission as a lawyer. CXIP is the next endeavor by Gluck to further expand artists’ rights. As the first universal NFT minting solution, CXIP provides artists and collectors with counterfeit prevention, carbon offsetting, secure smart contracts, unbroken royalties, permanent NFT metadata storage, and seamless copyright registrations.

Daniel Arsham’s uchronic aesthetic revolves around his concept of fictional archaeology. Working in sculpture, architecture, drawing and film, he creates and crystallizes ambiguous in-between spaces or situations, and further stages what he refers to as future relics of the present. They are eroded casts of modern artifacts and contemporary human figures, which he expertly makes out of some geological material such as sand, selenite or volcanic ash for them to appear as if they had just been unearthed after being buried for ages.

Always iconic, most of the objects that he turns into stone refer to the late 20th century or millennial era, when technological obsolescence unprecedentedly accelerated along with the digital dematerialization of our world. While the present, the future and the past poetically collide in his haunted yet playful visions between romanticism and pop art, Daniel Arsham also experiments with the timelessness of certain symbols and gestures across cultures.