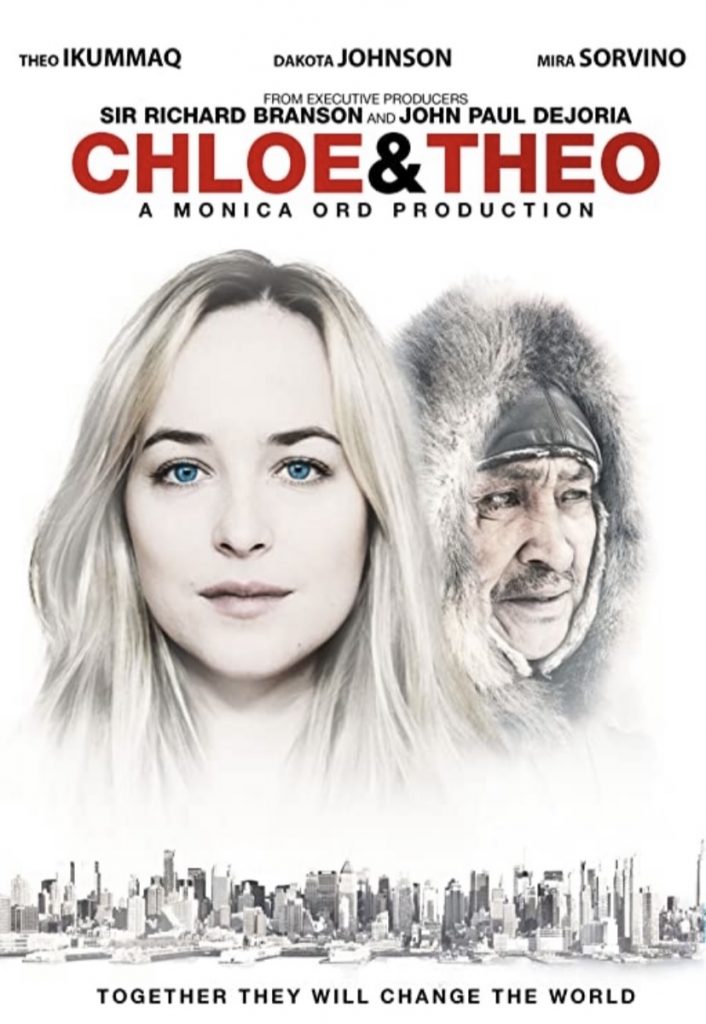 The collection features 10 fan favorite scenes from the movie in which Chloe(Dakota Johnson) plays a fiery homeless girl trying to help Theo (Theo Ikummaq) save the planet. Mixed with passion and humor the NFT scenes are haunting and impactful with incredibly beautiful Arctic backdrops or New York chaos.

These “one of a kind” feature film artworks sit at the intersection of Film and Blockchain technology to become pioneers of interactive modern art. Merging cutting edge technology with film.

“We chose to go with the Origin protocol platform as we have long admired Origin’s curatorial vision and we are grateful for their ongoing creative collaboration“ said Monica Ord, the producer who championed the film after meeting Theo. After attending an event in real life, Ord was so moved by his story she put a team of visionaries together and made the film.

“We could not be more excited “ Said Ord. “ I’m new to this but the NFT revolution can be a game changer for the film industry! Our main mission is to get our climate message out to as many as possible, but this also allows us to reward our fans by allowing them to “own” their favorite scene and a portion of the proceeds goes to climate change makers. Everyone wins! I see a future where we can potentially run NFT campaigns for promoting future film projects but also to help raise budgets for important stories! Such an exciting time! Come make history with us on Aug 3rd and Stay tuned for our next collection.”

If you would like to be a part of history, the Chloe & Theo collection of NFTS will go live on Aug 3rd at 5 pm pst.

To view the collection and sign up to be notified please go to CHLOEANDTHEO.com.