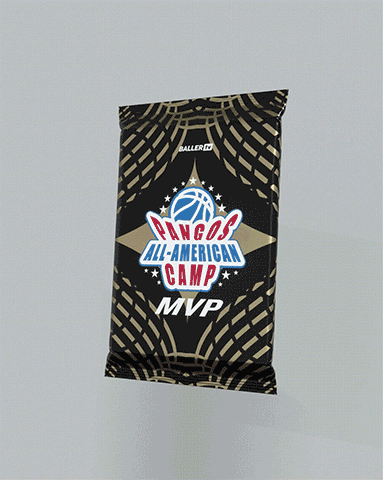 PASADENA, Calif.–June 08, 2021–BallerTV, the premier streaming destination for youth sports, is taking a stand and forging a path to get youth athletes paid. On June 8, 2021, the company will be releasing an innovative way for high school athletes to benefit from and monetize their likeness by reserving the proceeds of sales from exclusive NFTs of their highlights at the 2021 Pangos All-American Camp. In the wake of five states passing legislation to allow college athletes to benefit from their name, image and likeness effective July 1, 2021 – BallerTV is challenging the antiquated rules against high school athletes reaping the rewards of their names, images and likeness.

BallerTV’s groundbreaking development to reserve funds from the sale of custom NFTs of the nation’s top 30 high school athletes who participated in the Pangos All-American Camp earlier this week is the first of its kind, with profits to be given to players upon graduation. Players also have the option of directing the proceeds to a charity, school or community organization of their choosing. Both options are made to ensure that players do not jeopardize their athletic eligibility in their respective home states.

Founded by Dinos Trigonis, the Pangos All-American Camp has long served as a showcase event for the nation’s 120 best high school basketball players. The invite-only camp is a rite of passage for future NBA stars with camp alumni, including All-NBA power forward Anthony Davis, former league MVPs Russell Westbrook and James Harden, and NBA All-Stars Ben Simmons, Zach LaVine, Bradley Beal and Trae Young, to name a few. For Trigonis, BallerTV’s NFT/NIL initiative aligned with his lifelong mission of making sure youth athletes get their due, whether it’s the attention of college coaches and NBA scouts or financially benefiting from their name, image and likeness (NIL).

“Dinos is a true visionary in the grassroots basketball landscape and his decision in 2016 to allow BallerTV to stream every game at his events gave rise to the streaming industry across all youth sports,” said Sandeep Hingorani, BallerTV EVP. “Dinos and Pangos are now the first youth sports operators to allow an amateur athlete to benefit from their likeness. This is truly a revolutionary moment in sports and we’re thrilled that BallerTV is the catalyst.”

“BallerTV significantly broadens the exposure for our college and NBA hopeful athletes,” said Trigonis. “We’re excited about the addition of BallerTV’s Pangos All-American Camp NFTs. It’s about time players have a way to benefit from their hard-earned likeness.”

The BallerTV x Pangos NFT drop will feature a limited-edition digital collection of the top 30 players selected to play in the “Cream of the Crop” game on June 8th. Each player will then have a limited-edition NFT that includes some of the off-court and on-court footage that earned them a spot in the top 30.

“As a technologist for almost two decades and life-long sports fanatic – nothing has given me more satisfaction than leveraging technology to provide a solution to the archaic problem of helping youth athletes benefit from their likeness. Our goal is to have BallerTV NFTs become the new rookie card,” said BallerTV CTO Kavodel Ohiomoba who spearheaded the development of BallerTV’s NFTs. “Youth sports has become a mainstay of pop culture, with youth athletes such as Zion Williamson and LaMelo Ball becoming household names before they were old enough to vote. These NFTs will give collectors and young athletes the opportunity to capture the first moments of what could very well be storied NBA and professional careers.”

Despite the NCAA slowly modernizing its position on athletes’ rights to benefit from their NIL, the National Federation of State High School Associations (more commonly known as the NFHS), remains stuck in the past. Dr. Karissa Niehoff, Executive Director of NFHS, took a hard stance against high school athletes benefiting from their NIL claiming that “High school students participating [in travel or club sports] MUST NOT be allowed to benefit from NIL…This would completely disrupt the high school environment when these students come into the high school locker room.”

Musicians, actors, avid video gamers and other enterprising students at high school age (and younger) are able to benefit from their NIL in increasingly creative and lucrative ways from product endorsements to YouTube ad revenue and sponsorships. The NFHS and its supporters seek to deny those economic opportunities to the very athletes that the organization purports to serve.

“Economic rights of an athlete have no business being restricted by the NCAA, NFHS or the like,” added Sandeep Hingorani. “Athletes and parents make tremendous sacrifices to compete — to limit athletes at any level from benefiting from their investment is archaic thinking, at best, and exploitative collusion at worst.”

The youth sports industry is an extremely fragmented, and consequently, untapped market that’s valued at nearly $20 billion in the US. BallerTV is rewriting the playbook on youth sports and contributing to a wave of interest in the space by unlocking access to content that has never been seen before. Moreover, the platform is streamlining the college recruiting process by enabling coaches access to prospective student athletes they otherwise wouldn’t have the opportunity to scout.

Since launching four years ago, BallerTV has experienced rapid growth to become the dominant player in youth sports broadcasting. Exclusive access to premier events like the Pangos All-American Camp, combined with the company’s proprietary autonomous camera technology cement BallerTV’s position as the leader in youth sports broadcasting. By expanding its technology into NFTs for these top players, many whose young careers are already fast-tracked to the NBA, BallerTV is demonstrating its commitment and investment in the future of youth sports.

To tune into all of the action at the Pangos All-American Camp, please visit: https://www.ballertv.com/events/pangos-all-american-camp

BallerTV is on a mission to connect families and communities everywhere through the unifying power of live sports. The company brings unprecedented coverage to the world of youth sports by livestreaming hundreds of thousands of games across youth basketball, volleyball, and field sports. Through rapidly scaling technology, BallerTV has live streamed over 500,000 games to date — a number that transcends ESPN’s 23,542 live broadcasts in 2018 and solidifies BallerTV as the leading destination for youth sports.

The company was founded in 2016 and is headquartered in Pasadena, California.